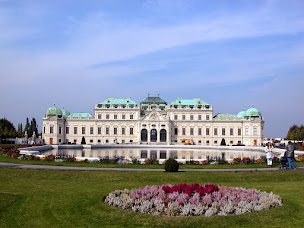 Vienna is the capital and largest city of Austria, and one of the nine states of Austria. Vienna is Austria's primary city, with a population of about 1.794 million (2.6 million within the metropolitan area, nearly one third of Austria's population), and its cultural, economic, and political centre.

It is the 7th-largest city by population within city limits in the European Union. Until the beginning of the 20th century it was the largest German-speaking city in the world, and before the splitting of the Austro-Hungarian Empire in World War I the city had 2 million inhabitants. Today it is the second only to Berlin in German speakers.

Vienna is host to many major international organizations, including the United Nations and OPEC. The city lies in the east of Austria and is close to the borders of the Czech Republic, Slovakia, and Hungary. These regions work together in a European Centrope border region. Along with nearby Bratislava, Vienna forms a metropolitan region with 3 million inhabitants. In 2001, the city centre was designated a UNESCO World Heritage Site.

The tourist attractions of Vienna concentrate in three distinct areas. The largest cluster, centred on Schönbrunn Palace, attracted around five million visitors in 2009, down from six million in 2008. Museums and exhibitions of Hofburg Palace accounted for nearly two million visitors in 2008, with a significant decline in 2009. The third, and the newest, cluster of modern art museums in Museumsquartier attracted less than one million visitors. Nearby duo of Kunsthistorisches and Naturhistorisches museums, located halfway between Museumsquartier and Hofburg, also reported around one million visitors. The Landstraße district, which lies south-east of the old city, is home to art exhibitions at the Belvedere Palace and the KunstHausWien. 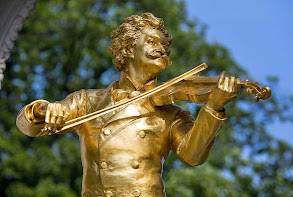 Vienna stands out among other European tourist destinations for being a "new old city", a city in transition from an older "picture city" like Florence and Venice to being a global city like Paris and London.

For six consecutive years, 2003–2008, tourism industry was on the rise, but in 2009 the global financial crisis caused a sharp decline, especially in long-distance tourism from Asia and North America. The new museums of modern art retained or even increased their attendance, but museums of classical art lost more than a third of their former ticket sales.

According to preliminary data for the first half of 2010, Vienna is already past the bottom of the crisis and visitor numbers are rising again. In 2013, Vienna was ranked the world’s most livable city for the fifth consecutive year, playing host to 5.8 million tourists, a growth of over four percent as compared to 2012.

Read 3467 times Last modified on Thursday, 07 May 2015 14:43
Tweet
Published in Travel Assistance
More in this category: « Zurich Tour Zell am See Tour »
Login to post comments
back to top